Working To See At Least 7 Billion People Saved Through You - Our Website Visitors - in Jesus' Name!

At Alive Christians We Help You Achieve Your Purpose So You Can Walk Out Your Destiny In Winning Souls the Way God Designed you to. 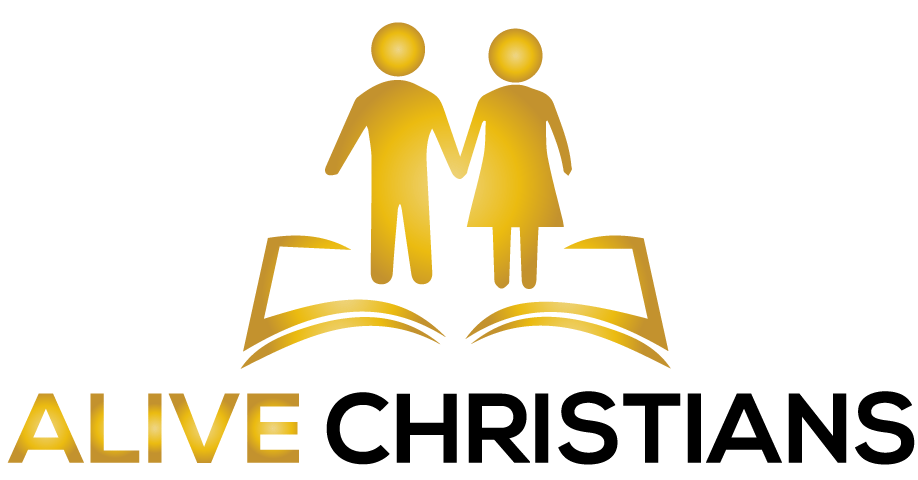 Discover The Purpose Of God For Your Life

Encouragement For Your Breakthrough Into Your Purpose from Alive Christians

Do what God says and you’ll have surety in uncertainty

"God, I trust your every Word to give me certainty in an uncertain world.."

Are you well familiar with the account of the Lady with the issue of blood? You would have heard it sometime or another in your lifetime because it is a remarkable story of a woman who through many of the struggles that she encountered in life pressed through, touched Jesus and received her miracle. This woman received her answer to years of this issue of blood.

Where are you today? Do you find yourself battling the same issues over and over, not really reaching the place that you know God has called you to in Christ?

What about that promotion, the vision of yourself that you see over and over? What about that deep desire to serve God that you've been praying about for so long for God to bring to pass, but it seems as if you'll never get there?

Well, I want to show you from the Word of God that it doesn't really matter how long it takes. You have a sure Foundation in Jesus Christ. And What He has promised to you shall come to pass. That's a given! You just have to believe it!

21 Now when Jesus had crossed over again by boat to the other side, a great multitude gathered to Him; and He was by the sea. 22 And behold, one of the rulers of the synagogue came, Jairus by name. And when he saw Him, he fell at His feet 23 and begged Him earnestly, saying, “My little daughter lies at the point of death. Come and lay Your hands on her, that she may be healed, and she will live.”

24 So Jesus went with him, and a great multitude followed Him and thronged Him.

25 Now a certain woman had a flow of blood for twelve years, 26 and had suffered many things from many physicians. She had spent all that she had and was no better, but rather grew worse. 27 When she heard about Jesus, she came behind Him in the crowd and touched His garment. 28 For she said, “If only I may touch His clothes, I shall be made well.” 29 Immediately the fountain of her blood was dried up, and she felt in her body that she was healed of the affliction. 30 And Jesus, immediately knowing in Himself that power had gone out of Him, turned around in the crowd and said, “Who touched My clothes?”

31 But His disciples said to Him, “You see the multitude thronging You, and You say, ‘Who touched Me?’”

32 And He looked around to see her who had done this thing. 33 But the woman, fearing and trembling, knowing what had happened to her, came and fell down before Him and told Him

the whole truth. 34 And He said to her, “Daughter, your faith has made you well. Go in peace, and be healed of your

Here's the First thing that we can see from this account.

Alive Christians Note: As You Will See, Some Situations Take A While To Resolve, but Continued Perseverance and Faith in God Will Cause The Changes That God Promised.

• She had the problem for Twelve years.

• She had suffered many things of many physicians and spent all that she had.

I don't know about you, but there have been many times in my Christian walk where I felt drained- just simply tired of waiting.

I would have done everything I could, but it would still end up seeming as if I just didn't have what it takes. And let me tell you- I don't. Jesus does! And it's the same with you- Jesus is the One that will make the difference!

There are many around you who've probably said to you that you need to try it this way or do things another way other than the way that God instructed you.

And you've probably tried things their way, but still, you know deep down that God has a specific and fail-proof, success-guaranteed way to do it. And your gut feeling here would be correct. He does have a specific way for you to do it - it’s His Word.

That's why in those times of uncertainty, don't separate yourself from the Body of Christ because you need to keep on hearing about Jesus. This will build your faith. But equally important to hearing is doing! So when you hear, Go! This is so important. Don't wait. Go! Pursue Him.

• She Received her healing after she touched the hem of

Alive Christians Note: You Must Have Faith in Jesus.It's not enough to Just Recall what You Heard About Him. Your Spirit Must Be Actively Engaged.

It's important to note here that it was a Word that drew her to Jesus to receive her healing. This actually illustrates to us the Truth that Faith comes by hearing and hearing by the Word of God(Romans 10:17)

Up until that point, she had heard about Jesus. The signs and wonders and healings that He performed and the teachings that He gave were probably among the list of things she heard from the people. The scripture isn't explicitly clear on what the crowds told her or what she heard about Jesus, but this is what we know- whatever she heard sparked faith in her to go and touch him to receive her healing!

FAITH. And it comes by hearing, and hearing by the Word of God(Romans 10:17)

Here's a powerful secret that I want to share with you. There are different members of the Body of Christ, each given a grace to fulfill their God-given purpose in the Body. The Body is meant by the Lord Jesus Christ to build itself up.

What does this mean?

They've been placed in the Body for you to bless them, and for them to bless you!

11 And He Himself gave some to be apostles, some prophets, some evangelists, and some pastors and teachers, 12 for the equipping of the saints for the work of ministry, for the edifying of the body of Christ, 13 till we all come to the unity of the faith and of the knowledge of the Son of God, to a perfect man, to the measure of the stature of the fullness of Christ;

14 that we should no longer be children, tossed to and fro and carried about with every wind of doctrine, by the trickery of men, in the cunning craftiness of deceitful plotting, 15 but, speaking the truth in love, may grow up in all things into Him who is the head—Christ— 16 from whom the whole body, joined and knit together by what every joint supplies, according to the effective working by which every part does its share, causes growth of the body for the edifying of itself in love. (Ephesians 4:11-16, emphasis,mine)

Alive Christians Note: You Are Not in This Alone.

Now here's what you do after you receive from the members of the Body of Christ- you seek Jesus for yourself. In doing this, you will take away something for Jesus that He wants to download into His Body. Yes, you are a member of the Body of Christ, and someone will come to you to be edified in love!

As you grow up into Christ, into the place that God has promised you and fulfill your desires that God has given to you bring glory to Him, God will bless you to be a blessing.

Through the Kingdom Principle of Sowing and Reaping. While the earth remaineth, seedtime and harvest, and cold and heat, and summer and winter, and day and night shall not cease.( Genesis 8:22)

6Let him that is taught in the word communicate unto him that teacheth in all good things. 7Be not deceived; God is not mocked: for whatsoever a man soweth, that shall he also reap. 8For he that soweth to his flesh shall of the flesh reap corruption; but he that soweth to the Spirit shall of the Spirit reap life everlasting. 9And let us not be weary in well doing: for in due season we shall reap, if we faint not. 10As we have therefore opportunity, let us do good unto all men, especially unto them who are of the household of faith. (Galatians 6:6-10, emphasis mine)

Let's look at that principle again...

“Do what God says, and you’ll have surety in uncertainty.”

It doesn't matter as we've just seen how difficult, or how impossible your circumstances or situation may look. That woman tried everything in the world, but when she came to Jesus, her request was answered!

What does this mean for you?

Again, What this means is that you should keep on sowing the Word that God has given you concerning your destiny. Keep on sowing it by being a blessing to others, and especially the Body of Christ based on that Word of who and where God has called you to be. And remember whatsoever a man sows, that shall He also reap. So sow out of what God has given to you.

It doesn't matter how small or insignificant you think it may be. Sow it and let God be glorified as you bless others. He will in turn watch over His Word that you too will reap the blessings you've sown so that you can be an even greater blessing to others in the Name of our Lord and Saviour Jesus Christ. So sow the Word in the time that you give, in the words that you speak, help a brother or sister along the way. Give to the work of the Lord. Give of your time to prayer and fasting(powerful)! Support a brother or sister who's having a difficult time doing what you do best.

You surety comes from your consistency in doing the right things.

Alive Christians Note: Keep on Sowing The Word and You'll Reap The Life God has For You!

The woman persisted, and she got her answer from Jesus- "Daughter, thy faith hath made thee whole; go in peace, and be whole of thy plague."

That will be the Lord's answer to you, for your frustrations will be ended as your faithfulness and persistence in love will be answered by wholeness and peace as you enter into what God has promised to you.

Do what God says (Keep on Sowing His Word) and you’ll have surety in uncertainty (The Sure Hope of Reaping What He has Promised in His Word).

Alive Christians is a site, hailing from Atlanta, Georgia, that helps people just like you find their callings and walk those callings out to the glory of our Lord and Savior Jesus Christ. We want to be a great help to you in your walk with the Lord and it is our endeavor that you fulfill your calling from the Lord in full.

About Us Our Social Media Bible App